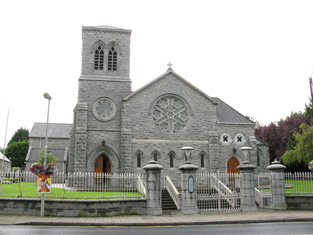 Limerick TD and Minister Patrick O’Donovan has said that he believes that the Government needs to re-examine guidelines in respect of the re-opening of Church’s and he said he has spoken both to the Taoiseach and the Minister for Health on the matter.

“Over the last few days several people have contacted me in relation to the opening of church’s particularly around the issue of fifty people per church regardless of size. They have contrasted some of our large church’s with seating capacity of over one thousand to smaller ones with maybe enough seats for two hundred, yet the same rules apply.”

“I made that point over the weekend to both the Taoiseach and Simon Harris; both understood the issue, and both said it is the correct course of action for the National Public Health Emergency Team to look at the issue. I hope that there will be early clarification for the various denominations soon, so that when they re-open they can take particular size and context of their church into consideration.”

Patrick O’Donovan said that he was heartened by the responses of the community to the reopening of the country, but he said we need to be reminded from events in other countries in the past few days that the virus can come back and make a resurgence in the community. He also added that we need to remember that over 1700 people had now lost their lives to COVID-19 and that the virus had not gone away, and that we all needed to remain vigilant.