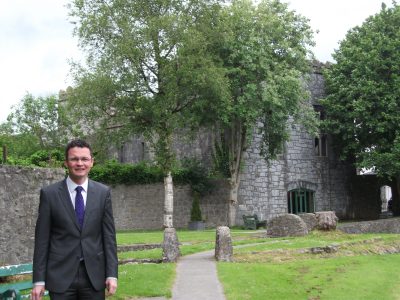 Limerick Minister Patrick O’Donovan has announced funding of over €1.9million for two sports projects in Co. Limerick. The athletics track in Newcastle West has been allocated over €1.25million and the swimming pool in Askeaton has received over €650,000.

“I am delighted to have been able to deliver this funding to Limerick as the local Minister. These are projects that I led as Minister for Sport. I worked with Limerick City and County Council from the very start to get both of these commenced and I’m delighted now to see them move on.”

“Both of these are being funded by my department, the Department of Public Expenditure and Reform through Project Ireland 2040, so to have such a massive investment as this come to Limerick is just fantastic.”

“Over the last few years we have been able to see major investment into a number of different towns and communities. This is the latest in a string of them. I’m delighted to have been able to be successful in getting these sorted and I look forward now to the next phases in both.”

← Community projects in Limerick to receive €152,942 from the Community Enhancement Programme – O’Donovan |