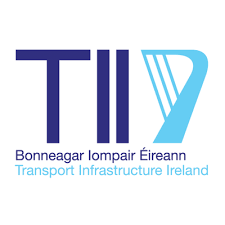 Minister Patrick O’Donovan has welcomed the inclusion of €900,000 towards the design of the Newcastle West and Abbeyfeale relief roads as part of an allocation of over €10million to Limerick City and County Council for works on National Roads. The allocation also includes €1.4million towards continuing design of the Limerick to Foynes road, which includes the bypass of Adare, €2.2million for the Council on design works for the Limerick to Cork Motorway and €500,000 for the Cahir to Limerick Junction road on the N24.

“Transport Infrastructure Ireland, who are the Government agency responsible for National Roads have provided these funds which will allow the Council to proceed with badly needed works including projects like the traffic calming scheme in Kilcornan on the N69 which has been allocated €250,000.”

“In relation to the Abbeyfeale and Newcastle West relief road projects, as the local Minister I sought to have these included in the National Development Plan, Project Ireland 2040. These road projects could not have proceeded unless they were specifically included in the Plan, and in the run up to its publication I worked hard to get them included as specific projects in the Plan. Now we are starting to see funding being allocated to the projects. The money involved here, almost €1million, will allow the Council to complete much of the work needed to get routes for both towns.”

“Including Abbeyfeale and Newcastle West for early stage funding now is vital because work is continuing to progress on the design of the bypass of Adare and the Foynes Road to Limerick. Once that road is started and possibly completed in stages, the traffic problem will move on to the other towns. So starting now to put a plan in place for them is absolutely critical.”

The allocation also includes €2.4million for pavement works on national roads in Limerick and €671,000 for other maintenance works across the County.

“As the economy has improved we have been able to increase spending on day to day maintenance and on long term capital programme for roads across the Country. I know as Minister in the Department of Public Expenditure and Reform that budgets across all Departments have increased and that further funding is going to become available under the National Development Plan. Being ready to be able to get that funding is very important so this funding for the Council will be of huge importance to get these projects on Limerick’s roads moving forward.”

← Limerick to benefit from €510,576 in funding under the Community Enhancement Programme | €26.2 million in funding to assist in the repair of regional and local roads in Limerick – O’Donovan →