Limerick TD and Minister Patrick O’Donovan switched on the new flood lights at Doon’s GAA Field on Saturday night. A large crowd of GAA members and local people from Doon were present to see the new state of the art lighting system being turned on in the East Limerick Club for the first time.

“It’s a great night for Doon and the GAA here” said Minister O’Donovan. “There aren’t too many sports grounds that have facilities like this and great credit has to go to the club officers and members for working to get to this night where they can switch on the new lights.”

Patrick O’Donovan said he looked forward to the reopening of the Sports Capital Scheme for applications from clubs which he understands is due shortly.

“Over the last few years I’ve been pushing investment by Government into our rural parishes like Doon. Sports Capital Grants, Town and Village Renewal Funds, Rural Recreation Grants, LEADER Grants, CLÁR funding and Fáilte Ireland Grants have made a huge difference to many of our rural areas.”

“Now we also have a €1billion fund under Project Ireland 2040 for the development of communities across Rural Ireland and I will be working to make sure rural Co Limerick gets its fair share of this.”

Patrick O’Donovan congratulated the officers and members of Doon GAA and wished them well in their plans for the future development of their grounds. 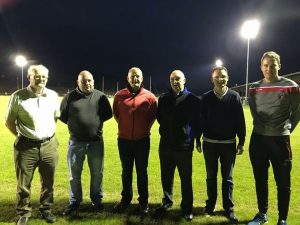 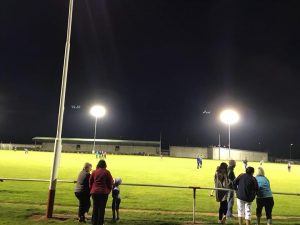