Limerick Projects to share in €10.5million from Rural Regeneration and Development Fund – O’Donovan 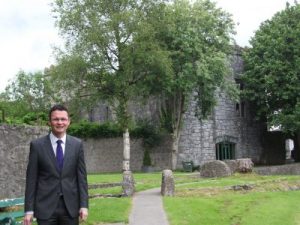 Limerick TD and Minister of State, Patrick O’Donovan has announced funding for projects in Limerick under the rural development fund. €330,000 is being allocated to Newcastle West for the redevelopment of Fullers Folly in the town along with a tourism masterplan for the town, and the Ballyhoura Mountain Bike Trails is one of five projects that will share €10.2million.

“The funding for Fullers Folly in Newcastle West will allow for further development and restoration of the building. I have worked closely with Limerick City and County Council, over the last few years to have the building taken into public ownership and to put a plan in place to have the building used as a centre of tourism in the town. Recently I held a meeting between the Council and Fáilte Ireland, where this project was discussed so I am delighted that Michael Ring has made this allocation to Newcastle West.”

The Ballyhoura Mountain Bike Trails is also to receive another investment from the Government. The trail is one of five projects that will share €10.2million between them.

The Rural Regeneration and Development Fund is a key component of Project Ireland 2040, which is the Government’s plan for balanced regional development across the country.

“Contrary to what opposition politicians may have been trying to claim in recent days, Fine Gael is committed to balanced regional development through major capital projects.

This funding is a key component of Project Ireland 2040 and is part of the Government’s commitment to this region.

“The funding for Newcastle West and Ballyhoura is part of a national package of €62m announced by my colleague Minister Michael Ring.

“Over the last three years since being appointed a Minister from Limerick, I have worked very closely with Minister Michael Ring to secure funds for Limerick under the various funds in his Department. I meet regularly with him to make him aware of projects in our area, and I am sure that Limerick will continue to fare well from future rounds of funding under this scheme and other schemes from his Department.

€26.2 million in funding to assist in the repair of regional and local roads in Limerick – O’Donovan 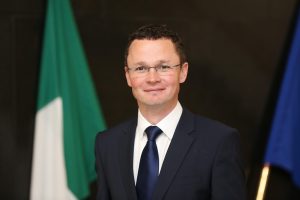 Limerick Minister, Patrick O’Donovan TD has announced funding of €26,199,251 which has been allocated to assist the repair of regional and local roads in Limerick.

“As the Minister here in Limerick, I have worked with all of my Government colleagues to ensure the maximum amount of funding for Limerick. Recent extreme weather events have had a major impact on the regional and local road network and this funding will see essential maintenance and improvements carried out.”

“The Government is determined to support the continued growth in our economy in the years to come by maintaining and renewing existing infrastructure. I know this funding will greatly assist in the repairs and ensure our road network in Limerick is of the highest standard”.

Details of the funding are as follows: