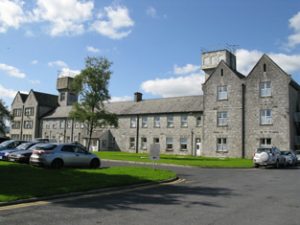 Limerick TD and Minister Patrick O’Donovan has welcomed news from the HSE that four new rehabilitation beds are to open in St. Ita’s Community Hospital. Newcastle West. The decision represents an investment of €310,000 in the Hospital.

“This is fantastic news for St. Ita’s Hospital and brings the total number of rehab beds in the hospital to eighteen. The new unit where the beds are to be located has fourteen beds and is able to accommodate the four new beds.”

“The HSE have confirmed to me that the four new beds which are being made available from increased spending in Health, which will see an initial €310,000 invested will result in six new positions for nurses and therapists in the Hospital.”

“Over the last number of years as a TD and a Minister I have worked closely with; the Department of Health, the HSE, the local management of St. Ita’s and the Friends of St. Ita’s to press for more investment in the Hospital. In that time I have arranged for a number of Minister’s to visit the Hospital, together with several meetings with the HSE during that period.”

“I want to acknowledge the work of the HSE locally in Limerick in securing the investment needed to deliver of these beds. This investment will make a huge difference to individuals and families who are seeking rehab and underlines the importance of St. Ita’s to the delivery of health in our region.”

“These beds will help the flow of patients out of acute hospitals including University Hospital Limerick, before they are in a position to go home. They will also allow people who have experienced a debilitating event to have their independence maximised.”

“The HSE have confirmed to me that these beds will open in the coming weeks.”

Over €1million in funding to Limerick under the Town and Village Renewal Scheme: O’Donovan 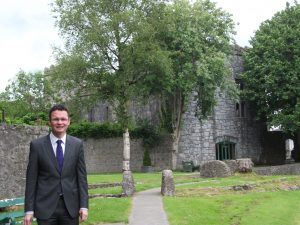 Minister Patrick O’Donovan TD has welcomed the news from his colleague Michael Ring TD to allocate €1,087,943 to thirteen locations in Co. Limerick under the Town and Village Renewal Scheme.

“This is fantastic news for rural Co. Limerick and is a clear example of how important it is to have someone like Michael Ring working for small towns and villages. Each one of these projects has been applied for by Limerick City and County Council after a great deal of consultation. Over the last few months I have worked very closely with Michael and the Council to ensure that Limerick did well and I am very happy with the result we have achieved.”

Patrick O’Donovan added “Each one of these areas has submitted well thought out projects for consideration by the Minister and he has responded positively. It is now up to the Council to make sure that the money is spent, and he has been very clear that he is not happy with a situation where money is not spent after a long delay locally. He wants to make sure that this is not the case with this scheme.”

Minister O’Donovan also said that he would be continuing to work with local groups across Limerick into the future to see how schemes like this can be enhanced to benefit even more places and he added that it is a priority of the Government to invest in our towns and villages.

“Michael Ring has said that he will be making further allocations under the Town and Village Renewal Scheme and is encouraging local communities to work with their TD’s and Councillors to start the process of preparing the work so as to be ready for future allocations of funds.”